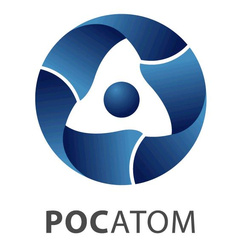 ROSATOM and also known as the Rosatom State Nuclear Energy Corporation, the State Atomic Energy Corporation Rosatom, or the Rosatom State Corporation, is a Russian state corporation headquartered in Moscow that specializes in nuclear energy. Established in 2007, the organization comprises more than 360 enterprises, including scientific research organizations, the nuclear weapons complex, and the world's only nuclear icebreaker fleet.

The state corporation is one of the leaders in the world's nuclear energy industry. The organization ranks first as the largest electricity generating company in Russia, producing 202.868 bln kWh of electricity, 18.9% of the country’s total electricity production, in 2017. The corporation also ranks first in the largest portfolio of foreign construction projects: 33 nuclear power plant units in 12 countries. Rosatom also manufactures equipment and produces isotopes for nuclear medicine, carries out research, material studies; it also produces supercomputers and software as well as different nuclear and non-nuclear innovative products. Rosatom’s strategy is also to develop renewable energy, and has announced it will invest in wind power. Rosatom with its 1/3 world market share takes the lead in global uranium enrichment services and covers 17.7% of the global nuclear fuel market.[5]

Rosatom is a nonprofit organization, and while its tasks include the development of nuclear energy, the growth of enterprises of the nuclear fuel cycle, and the fulfillment of the functions assigned to it by the state, it also ensures national security (nuclear deterrence), nuclear and radiation safety, as well as development of applied and fundamental science. In addition, the state corporation is authorized on behalf of the state to fulfill Russia's international obligations in the field of the use of nuclear energy and of non-proliferation of nuclear materials. Rosatom is also involved with large-scale projects such as ITER and FAIR.

The history of the Rosatom is linked with the history of the nuclear industry in Russia and its predecessor, the Soviet Union. On June 26, 1953, by the decision of the Council of Ministers, the First Main Directorate under the Council of Ministers supervising the nuclear industry was transformed into the Ministry of Medium Machine Building (Minsredmash). In addition to developing and testing nuclear weapons, the ministry also dealt with production of nuclear power. In 1954, the world's first grid-connected nuclear power plant, Obninsk, was opened and put under operation under the direction of Igor Kurchatov, a Soviet nuclear physicist in Obninsk, Kaluga Oblast. As the Soviet nuclear industry grew, so did the ministry, and from the 1970s to the 1980s, more than 1.5 million people worked in the ministry's organizations and enterprises. In 1989, Minsredmash and the Ministry of Atomic Energy merged to form the Ministry of Nuclear Engineering and Industry of the USSR.

The Ministry for Atomic Energy of the Russian Federation [(Russian: Министерство по атомной энергии Российской Федерации, also known as Minatom (Russian: Минaтом)] was established as a successor to the Russian part of the Ministry of Nuclear Engineering and Industry of the USSR on January 29, 1992 after the dissolution of the Soviet Union. The newly created ministry received about 80% of the enterprises of the union department, including 9 nuclear power plants with 28 power units. Under this name, the ministry existed until March 9, 2004, when it was transformed into the Federal Agency on Atomic Energy, also known as Rosatom, in accordance to presidential decree. Physicist and academician of the Russian Academy of Sciences, USSR State Prize winner laureate, and former Minister for Atomic Energy Alexander Rumyantsev was appointed head of the agency. On November 15, 2005, he was replaced by Sergey Kiriyenko. In 2006, the agency adopted target program "Development of the Russian Nuclear Energy Complex for 2007-2010 and for the Future to 2015" which 26 nuclear power units were to be launched in Russia before 2020.

On 1 December 2007, Russian President Vladimir Putin signed a law adopted by the Federal Assembly under which the Federal Atomic Energy Agency were to be abolished, and its powers and assets were to be transferred to the newly created "State Atomic Energy Corporation Rosatom." On 12 December of the same year, the agency transformed into a state corporation with Sergey Kiriyenko appointed general director. In July 2008, Rosatom adopted an activity program designed to last till 2023. Rosatom's positions were further strengthened by the transfer of the nuclear civil icebreaking fleet FSUE Atomflot under Rosatom's jurisdiction.

In 2009, nuclear technologies is assigned as one of the priorities for developing Russia's economy. By 2011, Rosatom's investments in research and development work have grown seven-fold compared to 2006. Another important direction of the development of the corporation was an increase in its influence on foreign markets, since the number of contracts for the construction of nuclear power plants abroad was almost doubled in 2011. According to Sergey Kiriyenko, the ten-year portfolio of orders of Rosatom State Corporation abroad was estimated at more than $100 billion at the end of 2014. A programme of government support for the construction of nuclear power plants will finish in 2020.

In 2017, Rosatom decided to invest in wind power, believing that rapid cost reductions in the renewable industry will become a competitive threat to nuclear power, and has started to build wind turbines. Rosatom was also concerned that nuclear export opportunities were becoming exhausted. In October, Rosatom was reported to be considering postponing commissioning new nuclear plants in Russia due to excess generation capacity and that new nuclear electricity prices are higher than for existing plant. The Russian government is considering reducing support for new nuclear under its support contracts, called Dogovor Postavki Moshnosti (DPM), which guarantee developers a return on investment through increased payments from consumers for 20 years.

On 20 August 2020, Rosatom marks the 75th anniversary of the Russian nuclear industry. As part of the celebration, Rosatom launched its rebranding campaign 'United Rosatom' which made subsidiaries in the nuclear industry utilize the Rosatom's Moebius strip logo.