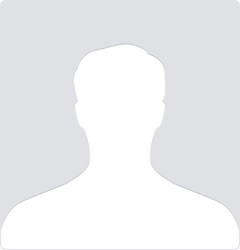 What is Selenium and why it is used?

Selenium is popularly used for automating application testing and administrating web-based tasks. This is a portable framework that provides a playback tool for performing functional tasks without considering scripting language knowledge. Selenium supports all famous web browsers like Chrome, IE, Mozilla, and Safari for automating the software and testing web-based applications. Test Engineers can able to write test cases in their familiar programming languages like Java, C#, Scala, Python, PHP, Ruby, and Perl as it provides domain-specific testing features through Selenese.

Selenium is initially created for ThoughtWorks by Jason Huggins and offered as an open-source tool in 2004 for public use. It was merged with the WebDriver tool in 2009 and became Selenium WebDriver as version 2.0. Then they launch Selenium Grid, an improved version redesigned by Philippe Hanrigou. It offers a hub that allows the executing of numerous Selenium tests at the same time on both remote and local systems that helps in minimizing the testing time of the whole project.

Selenium has the following components that assisting test automation development on the web application.

It is specialized IDE of Selenium used for testing the applications or products. It enables users in editing, recording, and debugging functional tests. The testing scripts will be recorded automatically in Selenese, a dedicated scripting language of Selenium, and edit manually with the support of autocompletion through quick commands.

This is the alternative of Selenese as it allows writing scripts using different programming languages such as Java, C#, JavaScript, R, Ruby, and Python through Client API (Application Programming Interface).

This is the updated version of Selenium RC that accepts commands and sends them to the browser using Client API or Selenese. It does not require a special server to execute tests but directly controls remote systems through browser instances. Selenium WebDriver utilizes native operating systems rather than browser-based JavaScript commands to operate the browsers. It has a rich interface and aims to provide a basic set of building blocks that allow developers to create domain-specific language (DSL) to implement testing.

This is a server that enables test engineers to use web browser instances that running on remote machines using a hub. It allows performing tests parallel manner on multiple machines and manages different browser versions with easy configuration. It is also referred to as the smart proxy server for executing tests in more than one testing case at the same time.

Selenium is widely used to automate the testing progress easily across various browsers such as Mozilla, Chrome, IE, and Safari. It has the following features for testing engineers that provide innumerable benefits to prove Selenium is best among other available automation testing tools.

Open Source Availability is the great strength of any automation testing tool that allows public access at free of cost that saves a huge cost with a beneficial purpose. Through open-source availability, the Selenium automation tool can be customized for better code management and functionality enhancement. Selenium provides reliability for web automation tools that helps to generate test scripts to validate functionalities efficiently.

Single Selenium Script for all browsers and it is possible through huge community working behind Selenium for better improvement. It can be used by any browser worldwide that includes Opera and Edge along with popular browsers. If the test engineer develops one script in Selenium, that can be implemented and executed in all the browsers without any additional scripts or updated scripts.

Selenium supports all operating systems such as Windows, UNIX, Linux, Mac, and Android. It is considered a portable automation tool that allows users to write test cases for automation in one platform and execute or implement them in another platform easily.

Selenium is an easy-to-use automation framework that provides a user-friendly interface to create and execute automation testing scripts effectively and efficiently. We can also watch how Selenium tests are running that helps to analyze for generating detailed report about automation testing progress to take up further actions accurately.

Selenium test cases are reusable and easily integrate with all browsers and platforms. It also allows third-party plugins and add-ons for enlarging the scope of automation testing for all-inclusive web apps. We can integrate the Selenium tool with CI/CD, and all management tools such as Jenkins, Maven, Sikuli (for image-based testing), Docker, TestNG, and JUnit.

The flexibility of test management is considered very important in the testing lifecycle. Selenium proves flexibility through some salient features like regrouping and refactoring of test cases. This flexibility helps the test engineers to make quick changes to the code, minimizing the complications, reducing the duplication, and improving maintainability.

Time and cost-saving is another important factor to prove the betterment of automation testing tools. Selenium Grid proves them through executing multiple tests in parallel using a hub and reduces execution time in multiple hundreds.

Easy to learn and implement

Selenium is a simple automation tool that simplifies learning and implementation. It requires only a few lines of code to automate the functionalities of a website. The documentation and gradually growing community are priceless gifts for Selenium users that help them performing automation testing in any situation with useful resources and references.

Selenium is having a huge community that brings innovative ideas to update continuously that supports any product or project development using the latest technology. We can receive frequent updates and alerts through the Selenium community and it is available readily to download with a cost-effective solution.

The selecting of an automation testing tool depends on the availability, community, flexibility, frequent updates, interoperability, portability, and reusable features. That is why selenium is used widely in global companies and became popular among other automation testing tools. We offer Selenium Training in Chennai with hands-on exposure at Softlogic Systems. Gain expertise in automation testing using Selenium through comprehensive coaching on real-time projects.